During SCCS Europe 2019, we came together to discuss the success seen in Greta Thunberg’s movement and how we, as early career researchers (ECRs), can help this social change. 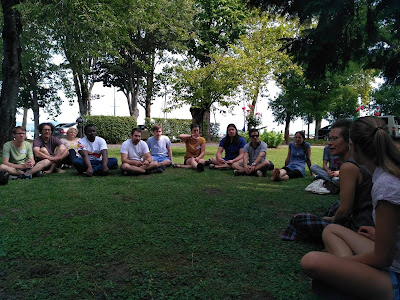 What is Greta Thunberg’s movement and possible reasons behind its success?
Greta Thunberg is a 16-year old Swedish environmental activist who has brought the issue of climate change and its risks to worldwide attention, and is holding individuals and nations to account for their inaction against this imminent threat. She has inspired millions of people, including schoolchildren, to participate in climate strikes alongside each other. We suggested that the urgency of the issue, Greta’s unique personality and the clear logical explanations she gives are all possible reasons why so many people have been drawn in. Through these strikes, schoolchildren who will suffer the brunt of climate change are allowed to have their voices heard, and fight for future generations as well.

How might we, as individuals, help this social change happen?
One way we can help is by pushing for changes within institutions. Within an institution there is a possibility for wide-scale coordination to drastically reduce carbon emissions, such as through carpooling to work or staff buses to pick up colleagues from nearby villages. Changing preselected options, such as making vegetarian meals the default canteen choice, at least on certain days of the week, is another way to achieve a widespread impact. However, we also discussed the problems of importing vegetables from far afield, rather than using local produce and therefore reducing carbon footprints. One way of improving this would be the publishing of carbon footprints and the setting of carbon budgets for individual restaurants and other institutions.

As researchers, another method suggested was to educate people on climate issues, and we highlighted the importance of approaching this major challenge through an interdisciplinary lens, as there are many stakeholders at play. For example, at the University of Göttingen, there is an interdisciplinary programme, which awards a certificate for taking modules from different disciplines focussed on ecology and sustainability. Similarly, Mid-Sweden University is developing relevant sustainability modules to be taken by all students. An interdisciplinary module of this kind also is provided by the University of Helsinki. Building on this, we discussed the importance of connecting different departments in their research, such as creating research platforms collating research on sustainability and building projects. At the Corvinus University of Budapest, there is a Corporate Sustainability module forming part of the MBA, where students research their own lives – looking at the consequences if everyone acted as they did.

Institutional change has a great impact on society, but making it happen is hard.
Changes made by individuals are often much less visible and seen as minor, but we suggest that it is actually these changes that often lay the groundwork for institutional changes to follow. Therefore, we must not belittle these changes, as seen in the plastic bag levy and indoor smoking ban being introduced in the UK following the growing consumer consciousness of the negative effects of these everyday practices. We acknowledged the dilemma of how corporations, which do the polluting, can get away with their unsustainable actions by shifting the blame onto consumers; whilst we should push for polluters to be responsible, we believe that this does not reduce the importance of making changes in our personal lives – “our own gift to change”.

We shared ways in which we, as international participants travelling to SCCS Europe 2019, can voluntarily compensate for our carbon emissions by changing our individual habits. Here are just a few of our ideas: 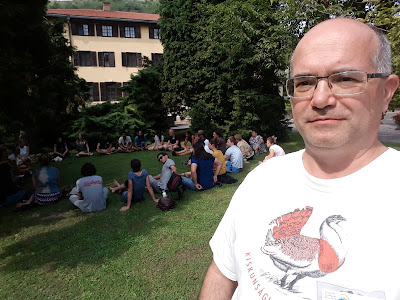 Just from discussing this together, perhaps we have resulted in the organisation of institutional change to mitigate our carbon footprint, albeit at a low level – what change might be possible at a higher level? We also would like to further encourage organisers of future SCCS conferences to make every possible effort into making our events less heavy on our environment.